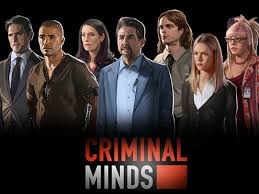 I want to say from the outset that I have been disappointed with this game.  I had high expectations thinking it would be like CSI, but it wasn’t.

You’ll see by my ratings that there was a high TF – this was due to the fact that there was a black-screen loading pause between scenes/sites every single time you moved.  And while patience is a virtue, by the end of the game I was feeling neither patient nor virtuous.  So the SF of finally reaching the end was more one of relief.  While the CSI games draw me back again and again to replay them, I doubt if this will do the same.

Having said that, this is not a bad game.  I did like the stories of the two Cases – the second Case being unlocked by completing the first – dealing as they do with serial murders and terrorism.  The Investigations were interesting and could be elaborated on when required.

Case One:  A DYING ART ‘Mysterious paintings of a dead woman appear, as a serial killer terrorizes a small artistic community in downtown Austin.’  As more people die, so more paintings are found, exposing the nature of the killer to the Profilers.

Case Two:  NO SPARK ‘A complex and dangerous spark timer that is used in explosive devices is stolen from a downtown Seattle hospital.’  To access the diagnostic machine it was taken from, the thief needed to have access to staff only areas.  Are they acting alone or is there a potential bomb-team in the city?

For those who like Crime games, give the free trial of this a try.  You may enjoy it – especially if you haven’t played any of the CSI games.  If you have played CSI games then you may need to check out my blogs about them, and the Problems and Solutions blog as well, as they also come with some fixable glitches caused by the progress of technology.